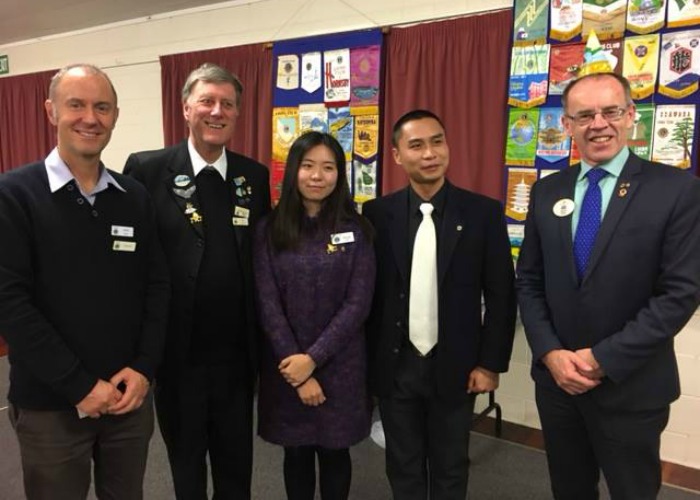 New members are the life blood of any club, and so it was a huge pleasure to induct new members Sylvia Duan and Gary Liang into our club this week.

It was a double honour for us to have District Governor Richard Simmons (far right) perform the induction ceremony. Richard attended with his wife Lorraine as our guests. And to cap it off, it all happened on the exact day of Lions International's 100th anniversary!